Inspired by humming sounds created by the wind when it flows through the hollow railings at the concrete skate park, the concept for the new art initiative at Abbeyview Park is based on multi-layered conversations – between the skate area and the hilly park, the visitors and the site, and generations in the community.

A stepped grass mound, the same scale and dimensions as the skate ramp opposite, is built on the asphalt facing the existing tiered concrete seating area. The mound is a continuation of the series of other mounds in the park, bridging the two areas together and integrating the skate park more fully into the landscape. The opening on the top tier of the mound is aligned with the approaching pathway and provides both inward and outward view points. In addition to being in dialogue with each other formally, both tiered structures are in dialogue metaphorically, interchangeably serving as a stage and viewing place.

In addition to the grass mound, expressing the living oral history of Abbeyview is an integral part of the project. A half-day workshop was held with 39 s1-year students at the local high school. Through a series of exercises and games, we explored ideas of storytelling in art by experimenting how to communicate sounds through drawing and movement. The students later gathered stories from their community in Abbeyview and even told some of their own, all of which are printed in a limited-edition publication. A selection of these stories were applied to the tiered concrete structure using hand-made stencils and silver spray paint. On a daily basis, each story fluctuates between legibility and imperceptibility depending on weather and light conditions, perspective of the viewer, and how much a section of the structure has been weathered or used by bikers and skaters. The stories will eventually break down into reflective fragments, becoming illegible at various rates and eventually disappearing altogether, reflecting the constant flux of Abbeyview’s population and their changing stories. 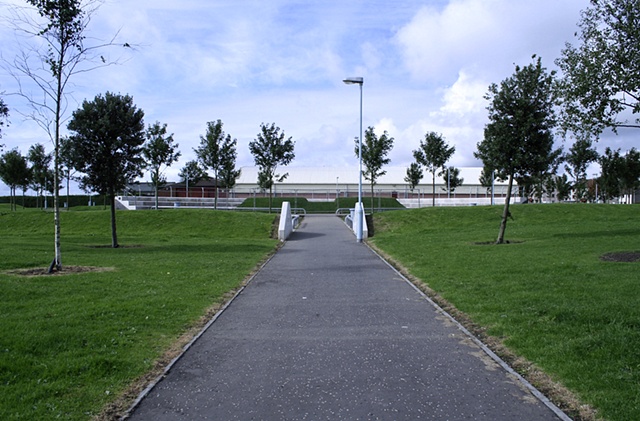 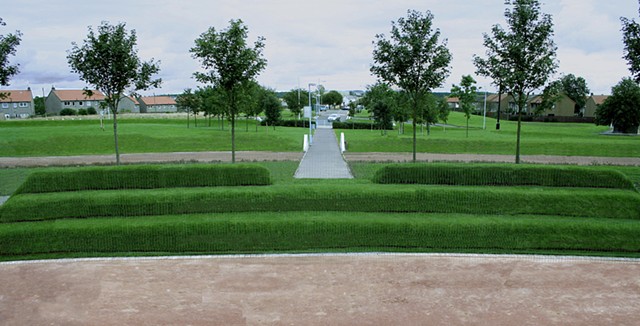 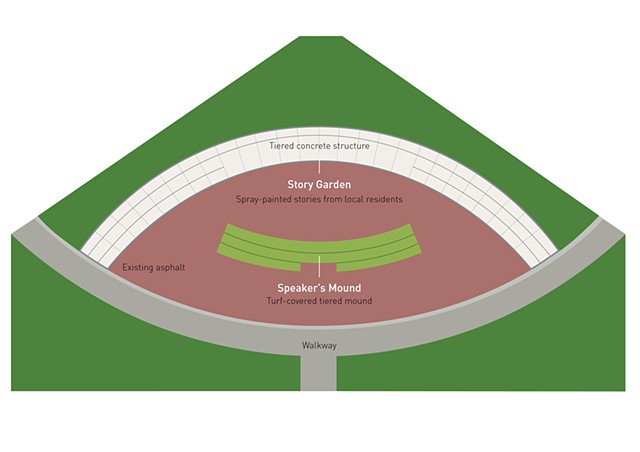 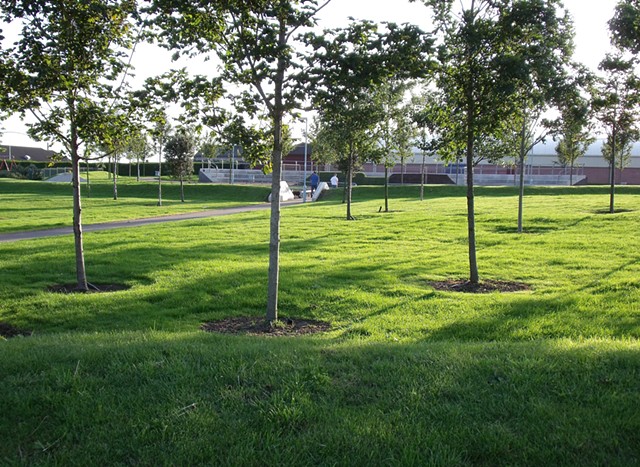 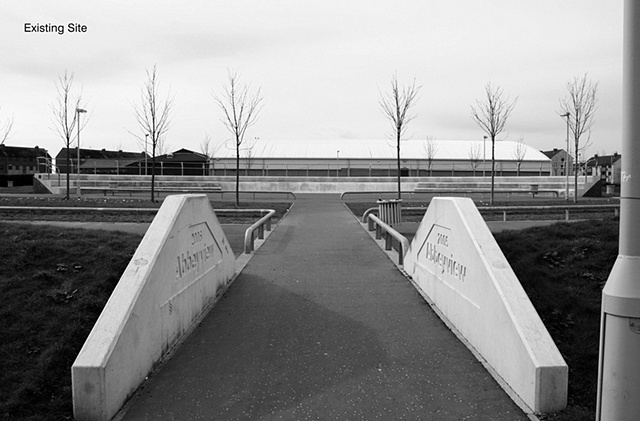 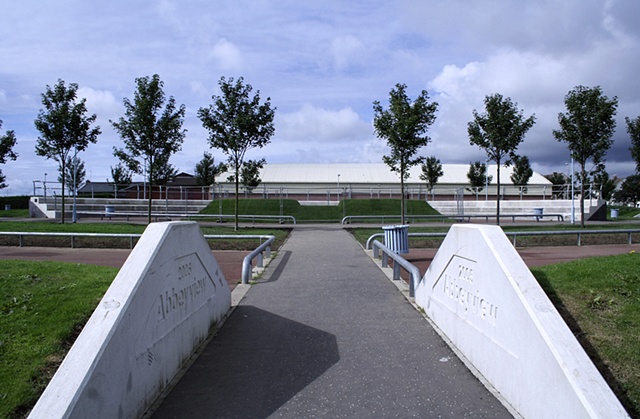 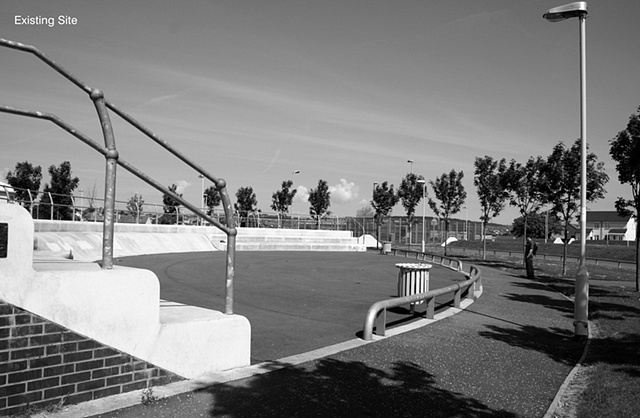 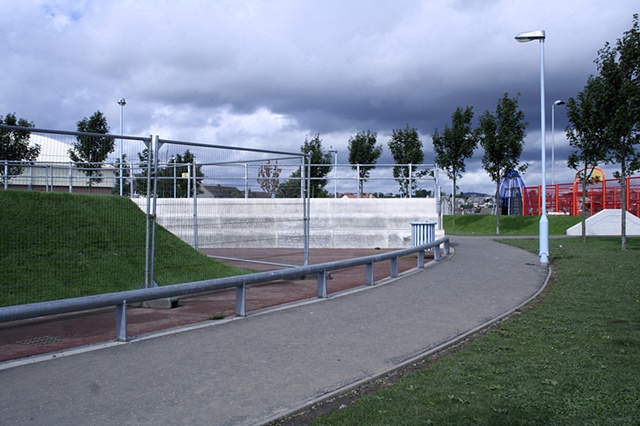 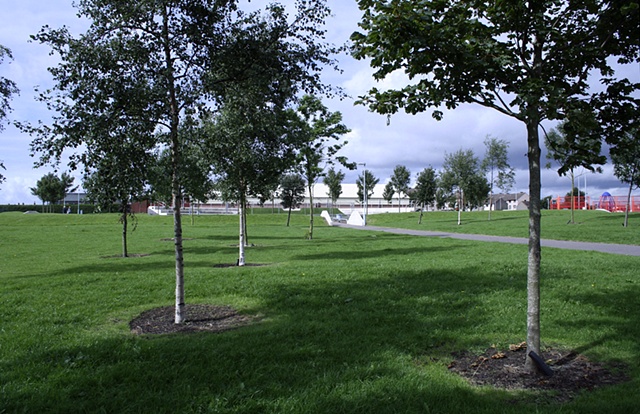 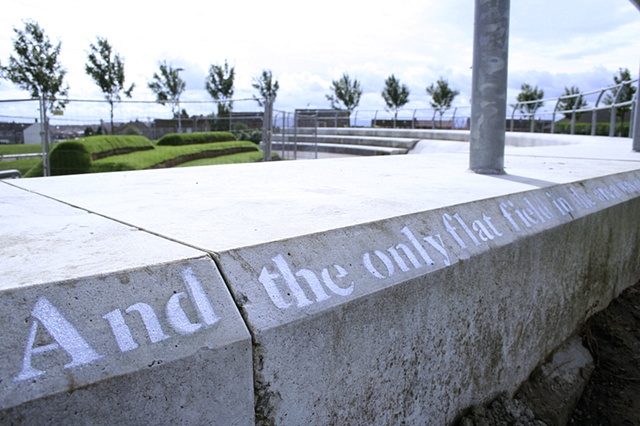 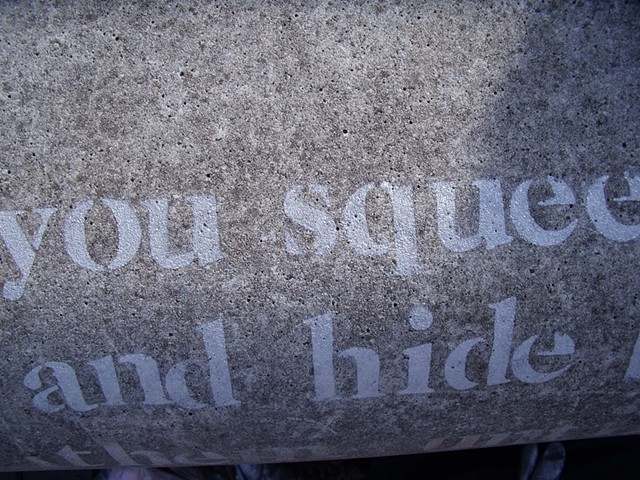 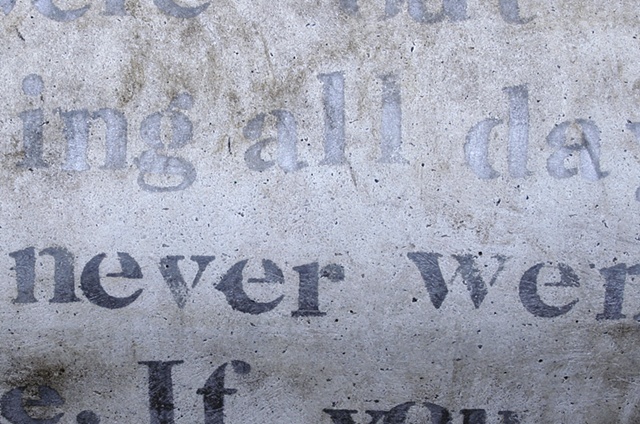 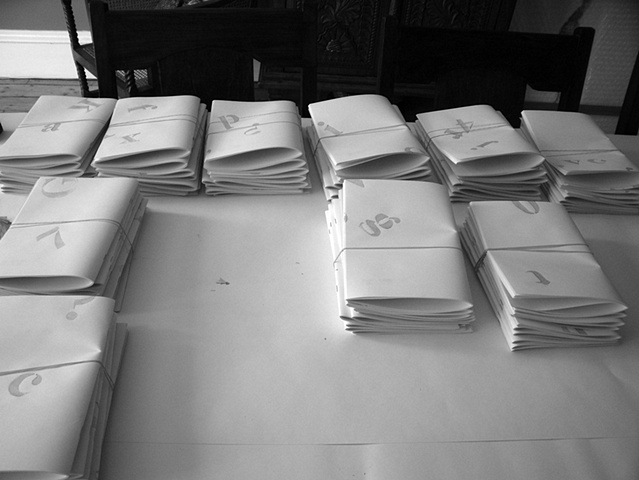 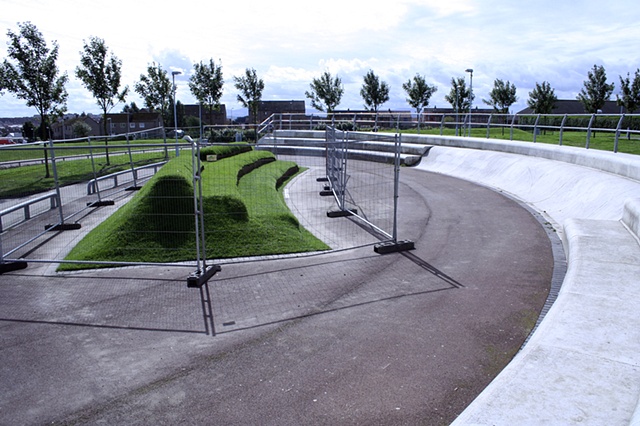 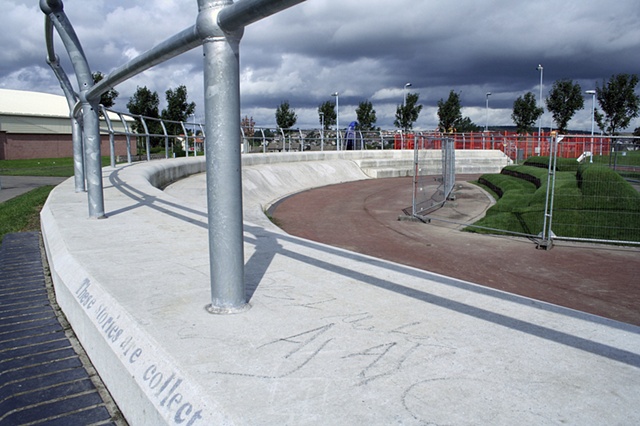