Guerilla Cinema Presents: Cumbernauld Hit critiques the impact utopian visions from the past have on contemporary life. In the waning town centre of the New Town of Cumbernauld, Scotland, an empty diner becomes an outdoor cinema in a town where there are no longer any movie theatres. Screening a film from the town's archives, a mid-1970s James Bond-style take on the dry promotional films produced during that era for Scotland’s New Towns, activates the street in the indoor town centre and evokes a time of its busy past. The "outdoor" cinema can only be viewed through a single street front window, emphasizing the inaccessibility and nostalgia of past utopian visions.

Cumbernauld is the most clear example of a radical, Modernist new town vision in the UK. The intended core of Cumbernauld is the Town Centre buildings and streets, all of which is essentially contained within one structure. It is segmented into "phases" as a commerce centre, an entertainment and business venue and a luxury accommodation site. The massive structure is widely accepted as Britain's first shopping centre and is the world's first multi-level covered town centre. Forty years after the vision was realized, the town finds itself struggling with lost potential. 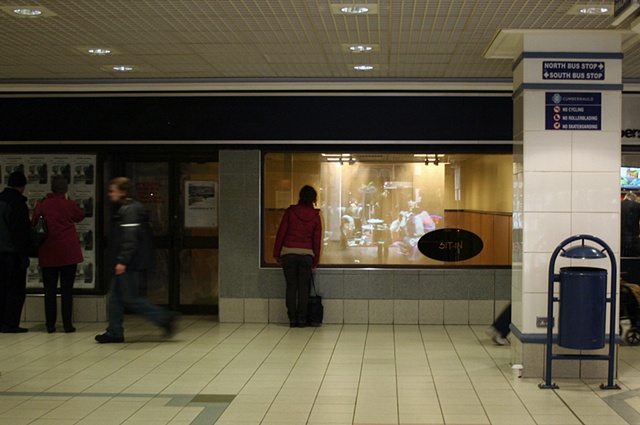 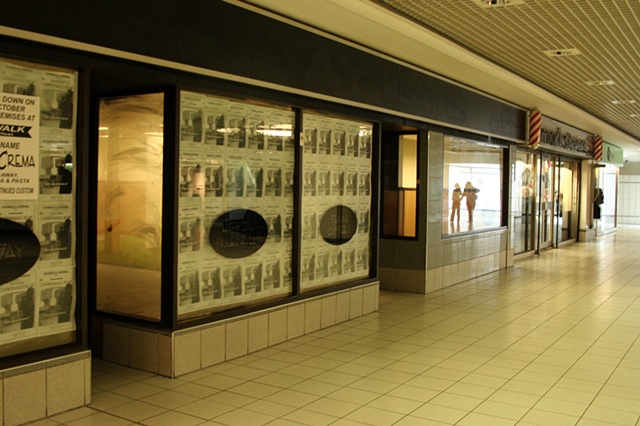 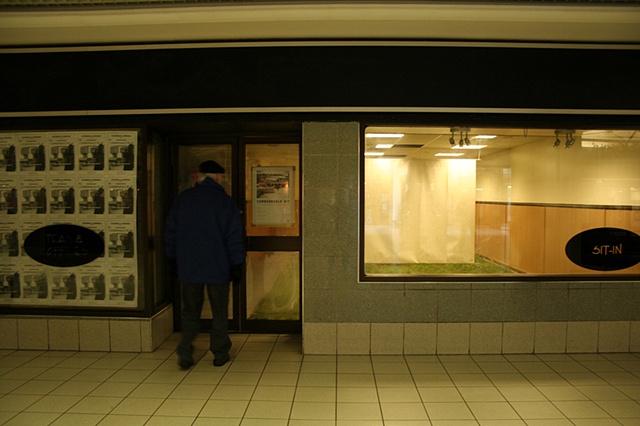 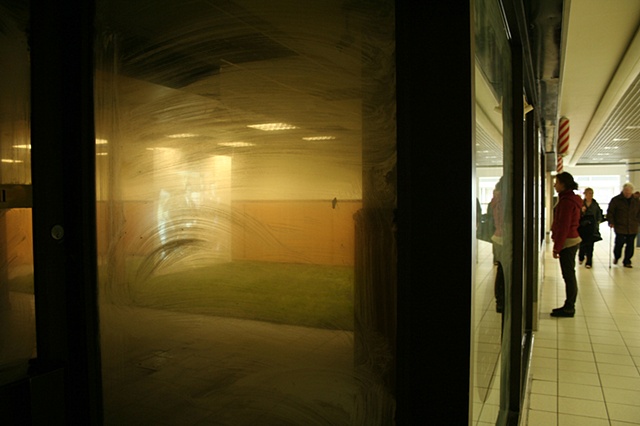 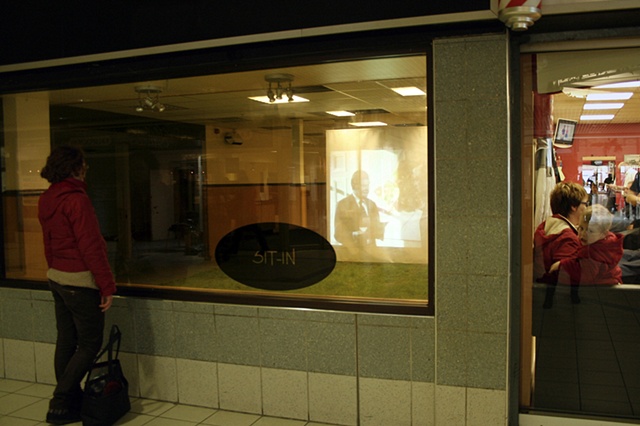 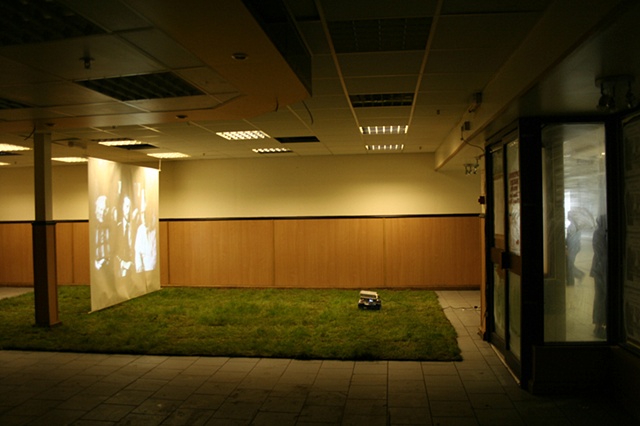 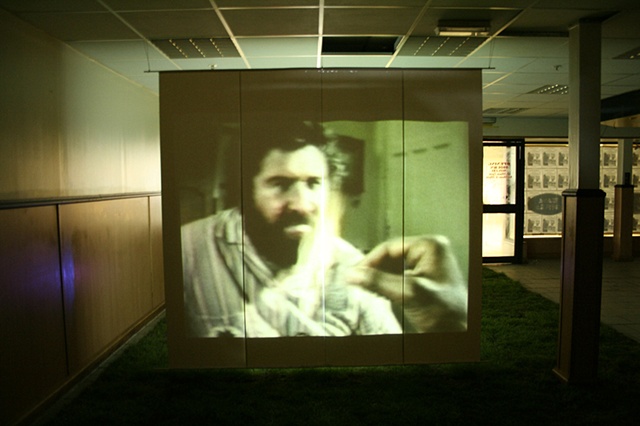 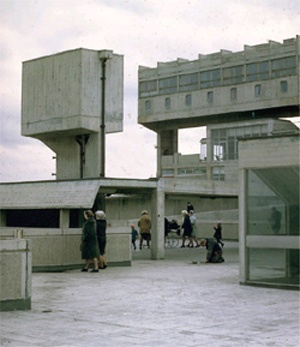 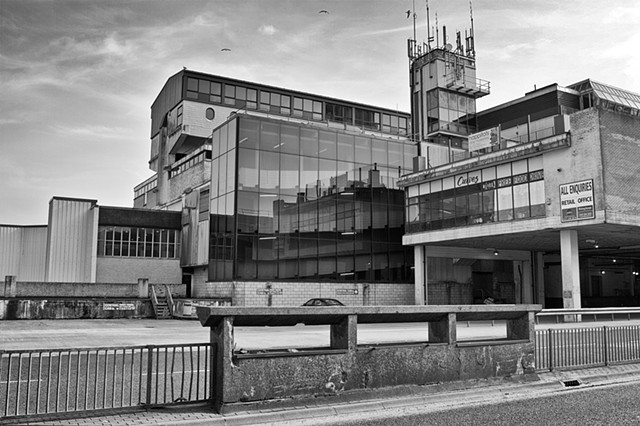 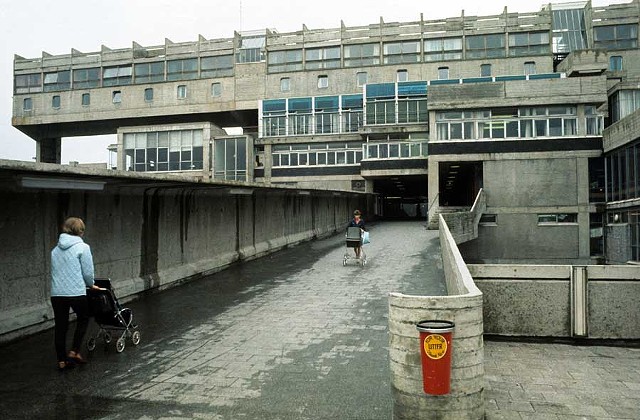 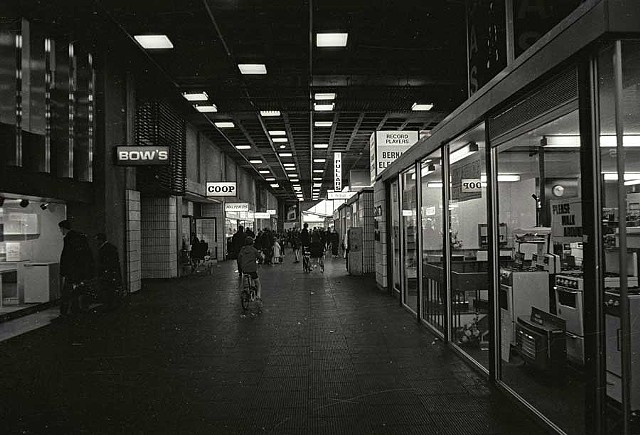 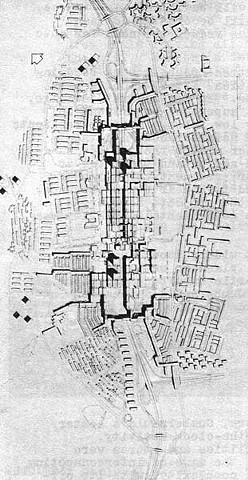